Pictures from my mobile during the evening walk. 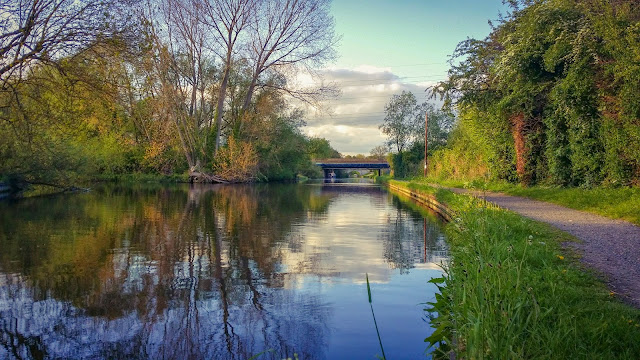 Trying to use mobile to write posts. Let's see if it works..
Posted by Richa No comments:

So yesterday was general election in UK. This is the first time I have been in UK for a general election and unlike other countries, an immigrant such as myself (not a citizen or a permanent resident but on work visa), I have a right to vote! Not sure I agree to that law but am not dwelling on it in this post.

As I logged in today morning to check on the results, I was surprised to find quite a few more political parties listed (I never got any communication from them in my constituency so guess they didn't have a candidate there). Two party names caught my attention:


I am not making this up! I really do like manifesto of Monster Raving Loony Party but I don't think I am going to waste a vote for satire. But surely wish I could..

P.S.: I am glad conservatives are back in power. What can I say, I am a hard core capitalist.
Posted by Richa No comments:

I think mine would say:

How about yours? What will it say?
Posted by Richa No comments:

A scene from London underground train this Friday. Its rush hour so people are quite literally squashed together. An idiot, and I must specify - an Asian looking man, gets in and does  not take off his back pack which in the crowded train means he is bumping everyone around him with his bag and occupying place of 2 people instead of one. Another passenger, this time a white guy, ask him to take his backpack off quite politely. This idiot turns around and calls him racist.

Racist! Do people even know the meaning of thag word or is it a white looking person says anything to a non-white person is racism? In the mean time the non-white person can hurl abuse at a white person and yet not be a racist (yes, that happens quite often too)?

Racism is discriminating other human based on their race. In my experience,  we Indians are one of the racist race. We have a "name" for each and every race (chinki, kalu, gora) and we openly hurl them at people who look different than us. We do this not only in India but even when in their country. And yet we call others racist! By what right?

We discriminate solely based on skin colour within our race and outside our race- white being good, dark shades are treated badly. Not that we leave fair skin alone. A colleague of mine, who incidentally married a French woman, hurls such bad abuses for white people when he is amongst Indian crowd. Somehow, it makes him cooler with Indian crowd. It makes me want to vomit.

Yes, racism is alive and well. But I think its more prevalent amongst us than others. We are so openly racist and yet if you say this to an Indian person they look at me as if I am mad. How can an Indian be racist? You see, only white person can be a racist.
Posted by Richa No comments:

"We had a woman leading us as prime minister four decades ago." she said.
If Jawahar lal Nehru had a son instead of a daughter, it would not have been so. Indira Gandhi "led" India not because we were liberal towards woman but because we wanted the 'pseudo-royal' family to lead. We also had Rabri Devi as CM and not to mention, Pratibha Patil as President. They paint more accurate picture of most women in politics in India.

"We have paid maternity leave", she said.
And gender discrimination in work place. The country where they can say openly, "We do not want to employ girls" and can walk away with no consequences what-so-ever.

"We do not have debate over abortion and reproductive rights." she said.
Because we know woman don't have any rights. We have female infanticide instead.

I miss blogging. I do. I miss the support system that blogging provides. So here is an attempt to restart a dead blog. Let's see how things go...

I guess New Year would have been a good time to start again but this year I delayed my resolution by one month to make sure it's not just the post-holiday guilt/excitement. I delayed joining the gym as well. I started this Monday with first-ever Pilates class (am still sore).

My life situation at the moment, well frankly, is not so good. While the world is celebrating low oil prices, oil industry as a whole going through redundancies including yours truly company. We haven't yet been told who goes or who stays because, as per UK law, we have  months of consultation period. Frankly, it's a torture. I would rather get to know now instead of three months of uncertainty. But then we can't change the law, can we?

Having said that, it's quite interesting to see how people's behaviour change when they are put in such a stressful, uncertain environment. The political correctness, the friendship: everything goes out of window. Guess, tough time is good time to measure a person's character.

Well, that's all from me tonight. Hope to be back here again soon.
Posted by Richa No comments: